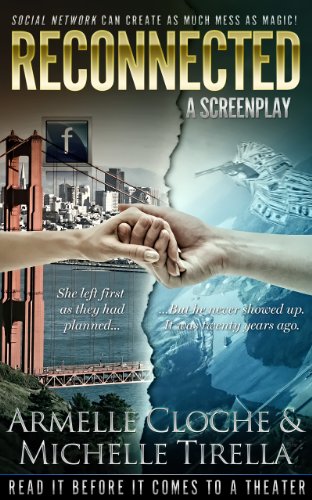 about this book: In our book/screenplay "ReConnected," authors Armelle Cloche and Michelle Tirella used the inspiration from a personal true story which occurred on Facebook to pen a suspenseful romance showing how social network can impact your entire life both from the personal relationship side, and the public and political side.

Facebook changed the world for better and for worse. Let's start with why it's better. If not for Facebook, many revolutions, such as the Arab spring, may not have happened. President Barak Obama's 2008 presidential campaign might have not been as successful–Obama's technology adviser during the election was Facebook co-founder Chris Hughes. Thanks to Facebook, ill people found transplant donors; people got their stolen cars back, many found love or rekindled old friendships.

What most of us are less aware of is how Facebook and other social media can damage relationships.

An increasing number of people have actually chosen to disable their social media accounts in an attempt to save a relationship or help move forward from a previous one. "A third of all divorce filings in 2011 contained the word "Facebook," according to Divorce Online. More than 80 percent of U.S. divorce attorneys say social networking in divorce proceedings is on the rise, according to the American Academy of Matrimonial Lawyers (ABC news: Can Facebook Ruin your Marriage?). Facebook provides easy evidence for four out of every five divorces.