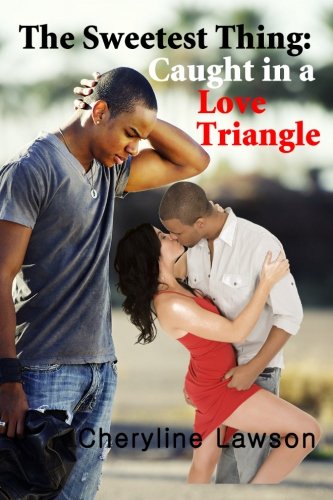 Book: The Sweetest Thing - Caught in a Love Triangle - A Romance Suspense Novel of Betrayal and Love by Cheryline Lawson

about this book: Irene was too much into her immediate family because that is what her culture called for. Family was everything, but there came a time when Irene was tired of pleasing her family and her marriage was going sour anyway. Shane was her husband and she had become quite unhappy with him because of their arranged marriage and the fact that she didn't love him. But, their culture was keeping both of them into the marriage and of course, her only son was another reason. She didn't want him to grow up without a father. It was against her strict culture. Her husband used their son as a pawn to keep Irene in the marriage.

Soon enough, they were both sleeping in separate bedrooms and living separate lives. This fake marriage was getting to Irene day by day, so she did the unthinkable - moved out and found a job at a large company so she could hire a maid to take care of her son whom she had to leave with her husband. Then one day, Irene meets another man who swept her off her feet and wanted her to get a divorce. This is a creative fiction story that many women from different cultures can identify with. It is refreshing, light-hearted and serious at times. You will enjoy this book.