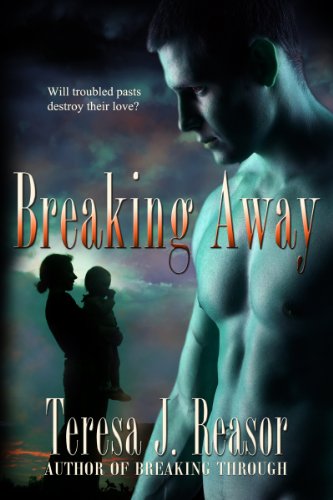 Book: Breaking Away (Book 3 of the SEAL TEAM Heartbreakers) by Teresa J. Reasor

about this book: Breaking Away is Book 3 or the SEAL Team Heartbreakers Series. In the first book Breaking Free, Lieutenant JG Harold 'Flash' Carney, one of my SEAL team members, goes missing leaving behind a blood soaked driver's seat in his car and a mystery. This is his story.

Like the other books of the series, Flash's story is sparked by his experience during the last mission he and his team members worked on together. Though they all survived, each man experienced something on the mission that affected him deeply.

Just before the mission, Flash was approached to act as an undercover operative for the FBI on an international smuggling sting. Artifacts are being smuggled out of Iraq to the states. By the time Flash discovers there is more to it than he's been told, his handler is killed and he's forced to go on the run.

When he meets Samantha Cross, a single mother with a young daughter, he's been separated from his team for several months. He's drawn to Samantha, identifies with her struggles because of his own past history. Flash finds something in Sam he's been looking for his whole life—home.

But the criminals he's been investigating for months, have discovered where he is, and Flash and Samantha must face sacrificing what they've found together, to stop them.

Breaking Away is a Military Romantic Suspense. But the love story between Flash and Samantha drives the story. The way they break away from their pasts to learn to love each other, is the main focus of the book.