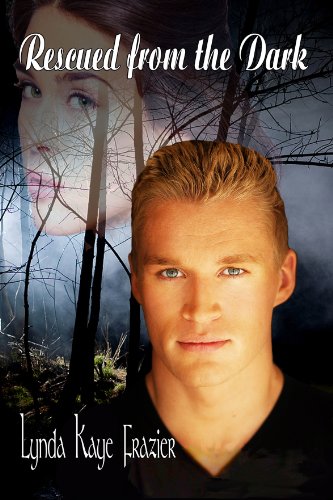 Book: Rescued from the Dark by Lynda Kaye Frazier

about this book: I started writing about a year ago after a vivid dream. I know, sounds cliche, but that's how it started. When I had my first dream it was so vivid that I got out of bed at 3:37 and wrote it down. It was a detailed beach scene full of suspense and a lot of heat. I wasn't sure what to do with it so I put it on my face book page and asked what everyone thought. Well they loved it and asked me to write more. The dreams continued and before I knew it I had a story unfolding in my head at night. It scared me to death because it basically wrote itself in just a few months. I was just the tool the characters used to get their voice heard.

Rescued from the Dark, is my first full length novel, and the first in my Guardians of Hope series. It will be an eight book series made up of Special Ops, Navy Seals and FBI Agents who are sanctioned by the government to do rescues they can't or are not able to do due to restrictions.

This is a story about an FBI agent, Jason Michaels who goes undercover with the Irish Mob to get information on their gun smuggling ring. While on assignment he realizes they have joined forces with a known terrorist group manufacturing drugs. He searches for information to tie the two together when he finds out they have kidnapped a fellow agent and the only girl he has ever loved, Mercedes Kingsley. Jason soon realizes their using Mercy to perfect their dosage and that his cover has been blown. He knows he has to save her so takes off a journey that will take him up against his enemies, peers and the Agency that he loves, but willing to give up to bring Mercy back to him.

My book has been out for eight weeks now and I have been very fortunate to have 12 reviews and all five stars. I wasn't sure who my readers would be but I've found out it is a mix of young and old, male and female. My story is a romance but the suspense and intrigue has opened my story up to a diverse fan group. I'm almost finished with the second one in the series, Last Chance to Run and love the ability to be the resource for these amazing characters to tell their story.

If you have a story and want it to be heard, write it. Don't be afraid, just put your thoughts and feelings on paper and let others see you for the amazing imagination that you have.