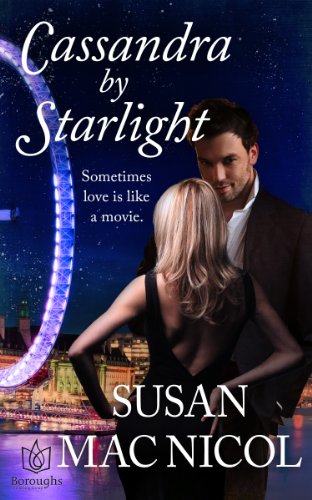 about this book: This book is about a tragic chance encounter bringing two people from very different backgrounds together. When a man jumps off a motorway bridge and lands on Cassie Wallace's car, putting her in the hospital, the dead man's older brother, Bennett Saville, feels honour bound to visit the injured woman and express his apologies for her situation. But Bennett is not just anyone. He's an up and coming, rich, handsome and sexy London actor on his way to the top. And Cassie is a professional business woman who's ten years older than him. The sparks fly, desire is kindled and before long the two are deep in a very passionate relationship. But there are many dangers to face before the two can come to terms with their affair. Stalkers, deranged family members, loan sharks looking to take advantage of Bennett's money, and a kidnapping that turns violent rise from the ooze of the London streets and put them both in grave danger. They need to overcome these events together.

Cassie's accident was inspired by a true event that happened in my home country of Essex. The persona of Bennett Saville was inspired by a wonderful British actor called Benedict Cumberbatch. Together these two things drove me to write a trilogy, called my Starlight series, that take Cassie and Bennett from their first meeting to a definite happy ever after.