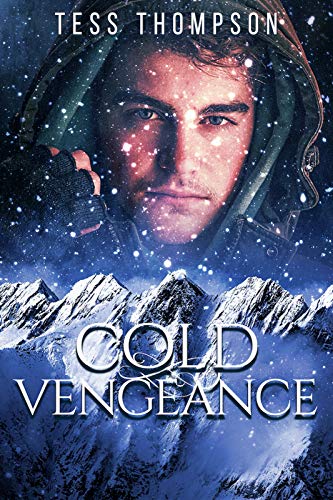 about this book: Cold Vengeance is Book 3 of the Angel Falls Series and features Kris Eastman, a private investigator, who happens to be Roddy Eastman's sister. Readers have made it clear that they wanted the stories of the characters in Angel Falls and Crimson Roses to continue.

In this romantic suspense novel, homicide Detective Dominick Flores' ex-wife disappears. He hires private investigator Kris Eastman to find her. Although Kris and Dom had a strained relationship while working together on a previous murder case, he respects her and trusts her unconditionally.

Kris savors the relationship that develops between her and Dom's family. He has two teenaged boys who capture her heart, and his father, Ben, is a sweetheart.

When the case is ruled a homicide, Dom is accused of murder, and the evidence against him mounts. Kris asks her brother Roddy to get involved. Then, she puts her life and her reputation on the line to save Dom and flush out the real killer in the snow-covered Sangre de Cristo Mountains of New Mexico.

Here's what one reader had to say: "This book will keep you on the edge of your seat. It's intriguing, mysterious, and filled with people who will win your heart and have you rooting for them."