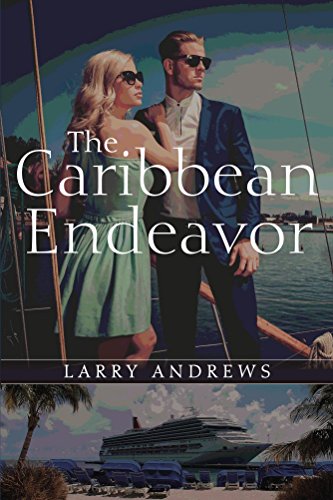 about this book: CIA agents Marcus Peterson and Jenna Adams, recruited in college are given their first operational assignment where they are undercover posing as newlyweds. They embark on the Golden Duchess for a Caribbean cruise assigned to shadow Franco Gambioni, notorious New York mafia Don and his family. He is suspected of planning to partner with a Colombian drug cartel.

Jenna had hoped to entice her coworker while under cover as she'd been tracking him since they both were hired by the CIA. To Jenna's dismay Franco's beautiful and cunning daughter entices both Marcus and Franco's bodyguard, who was a childhood friend of Marcus. An attractive Interpol agent, masquerading as a tour guide, arrives on the ship to further complicate the romantic entanglements.

Discovery of more than one cartel interested in utilizing Franco's family for drug distribution, and their heinous antics brings murder and deception to the drama that enfolds throughout the cruise. The read provides twists and turns right to the end.

A must read before its follow on 'Terror in Tuscany'.