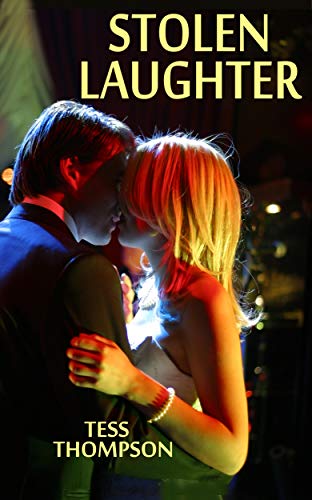 about this book: Tess Thompson is the pen name for two sisters who write suspense novels as a team. So far, Stolen Laughter is the longest novel we have written. We had so much to say about all the rich characters, and they each had their own story.

The gem of an idea came from a popular soap opera years ago. One of the actresses wanted to quit the show, but in case she ever wanted to return, they didn't kill her off. She just vanished. The idea for Stolen Laughter began with that one thought. Where did she go and what happened to her?

Stolen Laughter is the story of love found, love lost, and the quest to find it again. It is full of twists and turns and is a true romantic suspense. Brothers Bryce and Quinn Cameron grew up in Atlanta, Georgia with their strict military father and their overly sweet mother. Bryce follows all the rules and goes to West Point, but after Quinn experiences heartbreak when his girlfriend Dixie Lee King leaves town without saying goodbye, he escapes to backpack around Europe.

Bryce becomes an author, and on a plane to Denver where he plans to retreat into the woods to write, he meets the love of his life, Hannah Brody. Hannah has an amazing laugh that can be heard from across the room. She's a beautiful psychologist who has a private practice in Denver.

Hannah and Bryce fall deeply in love and get married. Before they have had a chance to get their life started, Hannah goes to Savannah to be a guest lecturer on a cruise ship and she disappears.

The two brothers work together to find out what happened to the two women they love and to find happiness. They discover an amazing secret that even Hannah doesn't know and get caught up in a web of lies and evil that they must overcome to have any hope of future happiness.

• "Starting with the prologue, the characters are believable and invite the reader to become invested in their lives." --Halley Glenn

• "Loved the book! Very interesting the way there are several intertwining plots that conclude with an unexpected finale!" -- Pat