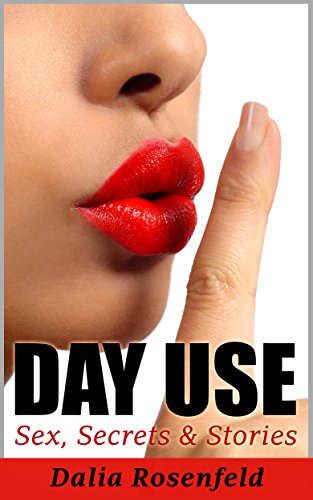 about this book: The story of Dalia Raz, a successful ceramic artist who is suddenly widowed, her husband killed by a mysterious explosion in the factory he worked in.

An old friend comes to show his respects and explains how he runs a most successful business in Japan called "The Love Hotel", for intimate meetings.

The idea begins to peck at her mind and does not let go.

In her despair, following her disaster, she decides to rehabilitate her life, taking time off from her work for an unlimited period.

She turns her life around, and starts running a Day Use facility, which are basically a rooms that couples can rent for a few hours at a time, so that they have a place to be intimate.

At the same time A series of random articles in the newspapers captures her attention. She begins to suspect that her husband's death was not accidental

Her new unorthodox job exposes her to a new, intriguing world. She collects funny, tragic, dramatic, amusing and even occasionally frightening stories. While managing her new business, she writes for her pleasure, different stories about the guests who visit her rooms.

An unexpected phone call invites her to a meeting at the police station with the station commander and an intelligence officer. To her surprise, she discovers that a young student accused of abducting and hiding his Bedouin lover is claiming that he spent time with her in one of Dalia's rooms. The investigation gets complicated. It turns out that the young man is a relative of the station commander who asks Dalia to hide his relative until the end of the investigation in order to protect him from the blood pox of the missing young woman's family.

The investigating officer begins to suspect the intentions and actions of his commander. Dalia volunteers for help and they together with the officer, opens an independent investigation. To their surprise, they discover that the missing Bedouin girl is in the commander's house. She admits that she and the station chief are in love, she is pregnant, and they plan to get married soon.

Soon after, Dalia is in the midst of organizing an event marks the third anniversary of her husband's death. She invites dozens of friends, relatives, and colleagues to his Memorial Day.

During the organization, she gets a strange phone call: She is invited to an urgent meeting at the Prime Minister's Office. The interrogation officer who has become a