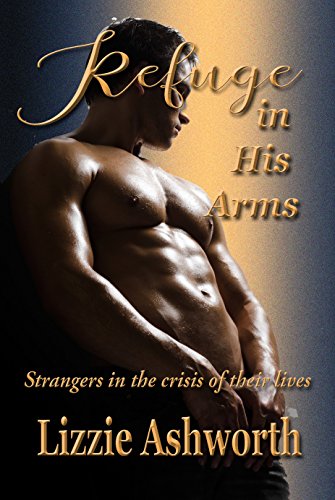 Book: Refuge in his Arms by Lizzie Ashworth

about this book: Crisis forces Mackenzie Kilpatrick and David Evans together under terrifying circumstances. The Big One—the long-anticipated massive earthquake in Los Angeles—sends everyone into the streets. Mackenzie throws a few supplies and her dog Captain into the car to escape town when her car gets stuck. David is on his way to nowhere when he sees her and decides to help her get unstuck.

As they argue about what happens next and struggle against their instantaneous attraction, an even greater disaster shifts their lives. A coronal mass ejection rushes toward earth, a solar storm so immense it paralyzes vehicles and wrecks the power grid. The two are forced into an uncomfortable love-hate partnership as they try to figure out how to secure food, water, and safe shelter.

Mackenzie's loss of her husband in Afghanistan and David's ruined career as a rock and roll star loom between them as the two strike off on foot in search of what they need. But what they really need rests inside each of them. Will they figure that out before it's too late?

About this book: Researching coronal mass ejection (CME) proved one of the more daunting tasks in this project. Scientists don't fully agree on whether an extreme event would destroy the entire electrical grid along with electronic ignitions. There is agreement, however, that a devastating CME is not only possible but stands a one in eight chance of occurring within the next decade. The effects could literally bring our modern society to a standstill.