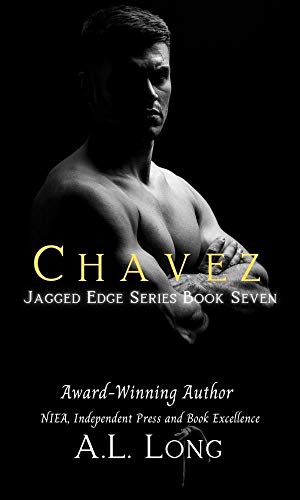 about this book: Working hard to graduate at the top of her class and becoming the best FBI agent had finally paid off for Agent Gabrielle Jackson. Selected to head one of the most important operations of her career, the unexpected happens when Jagged Edge Security is brought in to assist. The thing that Gabriele needed was to be attracted to one the men. Trying to keep her distance, she soon finds that she can no longer resist the charm of Michael Chavez. Soon that all changes when she finds that her past has a connection to the operation and the only person on her side is him.

Working with a woman like Gabrielle Jackson was something that Michael Chavez hadn't counted on. Even with her cheeky Latino attitude, she was the sexiest woman he had ever met and he had to have her. Just when he thought his night of bliss would lead to more, she halts his efforts by turning their night of romance into a one-night stand. When things begin to surface and the truth is revealed, there is no stopping Chavez from getting what he wants.