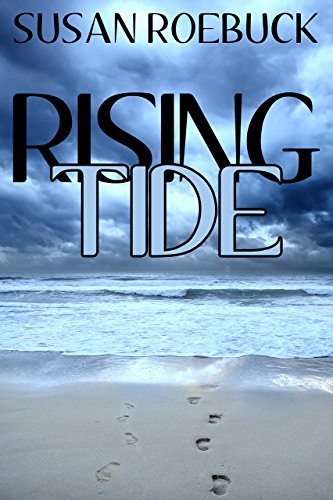 about this book: Rising Tide is set in a little know area of Portugal, on the west coast of the Alentejo which is the land between Lisbon and the Algarve.

In a village called Luminosa two people meet for the first time: Leo, a crab fisherman from Alaska and Piper, a fisherman from Norfolk, UK. By coincidence they meet when the village is in danger of being destroyed by a corrupt property developer. The book is populated by quirky characters and the theme is the Sea. Both Leo and Piper are intrinsically tied to the sea and neither could live without it. If the reader is willing, he/she might find a little magic in the pages.

I wrote this book to bring Portugal to the world's attention. There is little contemporary fiction set in this country which has such a magnificent past and still contains hidden treasures today. I have also written another novel (again, romance/suspense) which is set in the mountains/forest just outside Lisbon. It is still to be published.

Here's the blurb to Rising Tide: Time, and most of Portugal, has almost forgotten Luminosa, a small fishing community on the Alentejo coast. A cluster of white and blue cottages huddle under the cliffs overshadowed by the great manor of Herdade Albatroz whose family has ruled the village since the days of Napoleon. Far off the tourist route, nobody visits Luminosa by chance.

When a ruthless American racketeer turns up, the peaceful village's way of life could be ruined forever. But will other visitors--Piper Pines, seeking news of her long dead Portuguese mother, and Leo Shine, bereft of a father and brother accused of terrible crimes--help or hinder his objective to drag Luminosa into the twenty-first century?