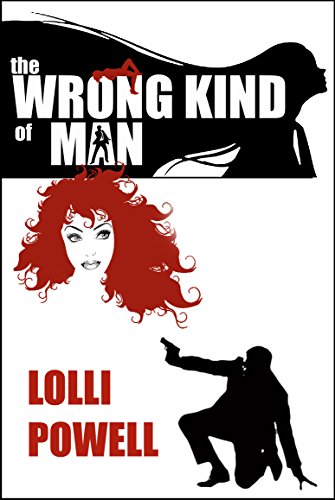 Book: The Wrong Kind of Man by Lolli Powell

about this book: After writing two mysteries and one romance (under a pseudonym), I decided to try a combo of the two genres. The result was my romantic suspense novel, The Wrong Kind of Man. Like one of my mysteries, a news story triggered the idea for the book. I'd read an article about nuclear materials (the bomb-making kind) and how they aren't all that large and how they aren't as well monitored in some countries as they are in ours. After the breakup of the U.S.S.R., for example, nuclear material went missing that is still unaccounted for. The nuclear core of a bomb is called a pit, and a plutonium pit is about the size of a tennis ball. All one needs is a lead-lined container to transport—or smuggle—it safely. It takes more than that to make a bomb, of course, but any country or terrorist group who gets their hands on the pit can probably manage to get the rest.

I like to set my stories primarily in small towns because small towns always look so innocent on the surface, but you never know what's lurking beneath the civilized veneer. In a big city, we expect danger and watch our backs, but we relax in small towns. In The Wrong Kind of Man, my main character, Maggie Fields, is a thirty-year-old widow whose husband was killed in a Colorado federal prison after he was incarcerated for illegal financial dealings. Maggie has come home to Indiana to live with her grandparents, and she wants nothing more than a quiet life as a small town newspaper reporter. But life doesn't always respect what you want. When a man shows up at her doctor grandfather's house with a gunshot wound, she finds herself attracted to him in spite of being sure he's involved in something both illegal and dangerous.