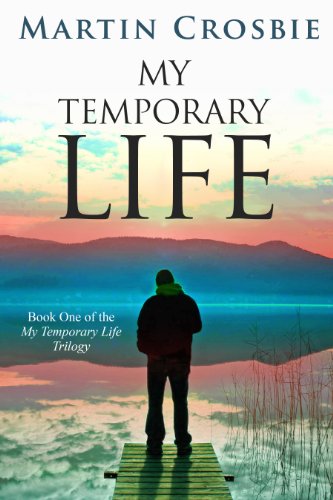 about this book: As a child, Malcolm is shipped between two countries and two parents. His father wants him but doesn't know how to show it and his mother is more interested in her latest boyfriend than her son. when he grows up he vows not to make the same mistakes his parents did. When he meets Heather, the green-eyed beauty with the half-dimple he knows he's found home. When she shares her secret with him he decides to step out of the shadows and help her - whatever the cost.

"My Temporary Life" was published in 2012 and quickly became an Amazon bestseller reaching #3 overall on Amazon's listings. The book is a B.R.A.G. Medallion winner and was cited in an Amazon press release as one of their success stories of the year. Malcolm and Heather's story has been downloaded over one hundred thousand times. The follow-up novel "My Name Is Hardly" tells the story of Malcolm's schoolmate. The final book in the trilogy is slated for release February 2017.