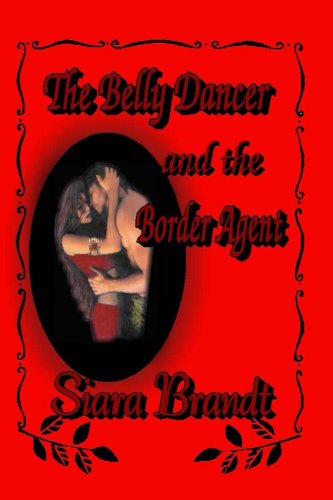 Book: The Belly Dancer and the Border Agent by Siara Brandt

about this book: In between writing, I pursued several side careers. For a time, I taught the art of belly dance. So I suppose it was inevitable that I would eventually get around to writing a book about a belly dancer. While doing research for another book, I was repeatedly coming across some alarming facts about how terrorists are freely crossing the American/Mexican border. So naturally, a book about the subject began taking shape in my mind. I wanted to tell that story. I felt I HAD to tell that story. It wasn't until later that I tied in the belly dance idea with the terrorist idea because they were both Middle Eastern themes.

Aside from the developing love story that is woven throughout the book, the shocking truth about the danger to our national security really should be known by every American citizen, and not just those people living near the border. Also, everyone should be aware that our border agents are nothing less than heroes.