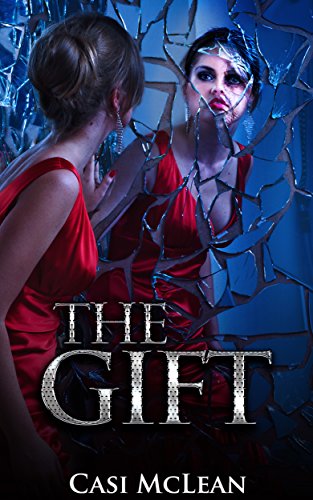 about this book: Savanna Bradford's impulsive reaction to her boyfriend Ryan's proposal spirals her into a rendezvous with fate and a mystical gift that could alter her destiny. When Savy accepted her new promotion, she knew the job required a one-year stint in London.

Ryan would understand. He knew how important her career was to her? It wouldn't be easy, but they would see each other often and the year would fly by, she thought . . . until she realized his plans for the evening included an engagement ring. She had to get away to think––just for a little while.

But her brief sabbatical didn't included getting stuck in a ditch in the middle of nowhere, or spending the night with an an enigmatic old woman from the twilight zone. Will the timeless struggle between dreams and passion bait her into repeating history, or will a simple gift from her bizarre encounter steer Savannah toward her true destiny before it's too late?

Try my short stories for only .99 cents. You just may feel like Starr Smith who wrote:

"I don't know how you do it, but you keep me riveted. I LOVE your work. Here's my posted review:

Casi McLean does it again. The Destiny Series will wow you! Every story I read, I wanted more. Then I'd get into the next story and want more again. Every story in this series will enthrall you. When I finished, I…that's right…wanted more. There are five wonderful novelettes here.

I would love to see Casi write more of these tales. They're heartwarming, ethereal, paranormal and romantic all rolled into a series that's well-written, entertaining and charming. I don't have enough good things to say about this series. All I can say is, if you haven't read this yet, you should.

There's one story, "The Gift" that is appropriately named. Casi's words themselves are gifts to readers of all genres.

Casi McLean is on my watch list. Whatever she publishes, I'll read. She is definitely an up-and-coming tale weaver."

Who better to describe my novelettes than readers? Contest judges?

Award-winning Destiny, was a winner in the AWC writing contest.

Judges' comments:
At first these stories reel you into what appears to be a formula romance. Then they turn the genre on its head, throwing a perfectly aimed, delightful curveball at the surprising and satisfying endings. The writer doesn't rush any part of these stories, letting the reader see, hear, and feel the magical eeriness of one fateful night.