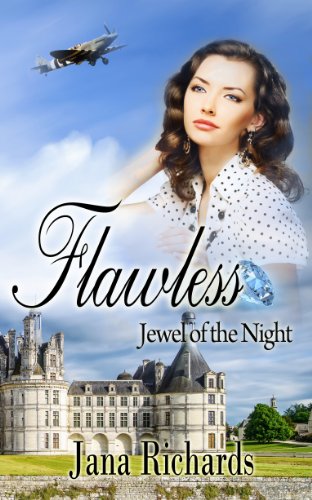 Book: Flawless (Jewel of the Night) by Jana Richards

about this book: It was great fun to do the research for Flawless, my World War Two romantic suspense. I learned a lot about the French Resistance and the Special Operations Executive or SOE, the British spy network that had operatives all over Europe during the war. I learned how they got spies in and out of France using a small plane called a Lysander. I also learned how important the two-way radios the spies used to send messages back to England were, and how dangerous it was to be caught with one; the life expectancy of a spy was very short.

I've been intrigued with World War Two my whole life. My Dad was a soldier in the Canadian army during the war. He participated in the D-Day invasion on June 6, 1944. On June 9, he was captured by and spent the rest of the war as a German POW. He's gone now and I always wish I'd asked him more about his experiences during the war. As a tribute to him, I study the events of WW2. I'm especially interested in the way war effected the lives of ordinary people, and those left on the home front.