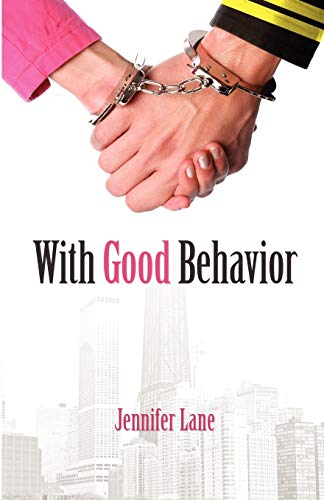 Book: With Good Behavior - The Conduct Series, 1 by Jennifer Lane

about this book: With Good Behavior is a parolee love story. The title refers to getting out of prison early to serve the rest of one's sentence on parole, but it also describes the hero Grant Madsen and heroine Sophie Taylor--two individuals full of honor and integrity whose major mistakes land them in prison. What would you do if the police arrested you and threw you in prison? How would you recover from that?

The story begins as Grant and Sophie are starting parole and attempting to rebuild their lives and their dignity, after unwittingly getting mixed up with a Mafia capo, Logan Barberi.

Sophie Taylor is a former psychologist who's an intelligent, spunky, strawberry-blond beauty. She has a tendency to open her heart to wounded people, including the "bad-boy" boyfriends littering her past. Grant Madsen is a former Navy lieutenant who's hard-working and kind, with dark Italian features and stunning crystal-blue eyes. He has a penchant for brooding and self-sacrifice.

Their paths collide outside their parole officer's door, and both have no idea about the explosive hidden connection waiting for them like a ticking bomb down the road.

Video: With Good Behavior - A Novel by Jennifer Lane