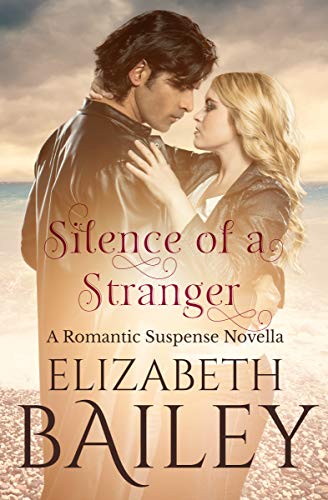 Book: Silence of a Stranger by Elizabeth Bailey

about this book: This is a departure for me, a romantic suspense novella set in the late twentieth century. It was fun to write something completely different from my regency romances, and I really enjoyed putting together a story with a lot of twists and turns, thrills and unexpected adventure.

I chose a dancer for my heroine because I understand the life from my early years acting in theatre, so I knew what was possible that could take Bea into the area where she falls into the clutches of three dangerous men. What I didn't know so well was the possibilities inherent in the situation (which I can't mention because of spoilers). I had to research around this idea so that I knew what might or might not happen.

When I wrote the book, I was holidaying in a beach hut style of residence, down at Eastbourne in the UK. The beach was pebble rather than sand, and the venue became central to the story. I wrote the first draft in about two weeks flat, and worked it over later. But the essential feel came from the rather isolated place where I was living for that time.