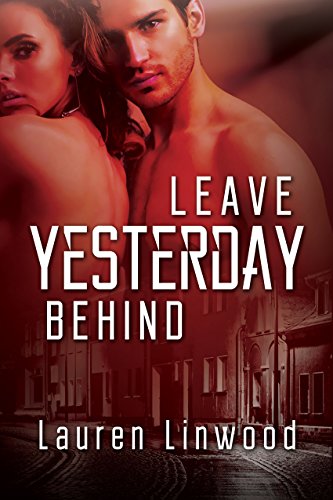 about this book: As a former history teacher, I've loved researching different eras for the six historical novels I've published. But I was looking to challenge myself a bit and try something new. I love reading suspense, thrillers, and mysteries. I thought I'd give writing a romantic suspense a try!

My heroine in LEAVE YESTERDAY BEHIND is at a bit of a crossroads (just like I am in my writing journey). She's been on a hit TV show for a decade and is closely associated with the role that's made her famous. Callie longs to leave TV, though, and try other things. A play? A film? She's simply ready to do something new and different. I understood her feelings, so part of me is embedded in Callie.

I really put a lot of myself in my hero Nick. He's a former Major League pitcher who's retired. He did the broadcasting thing and was bored stiff by his ESPN job. What he really wants to do is . . . write! He's walked away from fame and fortune and retreated to a small town in Louisiana, where he writes under a pen name.

I think trying to write a story in a new subgenre really recharged my batteries. I had fun with this story of an actress and a writer coming together and finding love . . . only to be threatened by a serial killer who wants both of them dead.

I wrote this book in about four months, and then I had to do a little editing to tighten it up so that it was suspenseful enough. I was able to throw in some humor, and I enjoyed that aspect of the novel.

I've already written a second romantic suspense that's been bought by my publishing house, and I felt good about starting a new historical. My editor recently bought A KNIGHT FOR KALLEN, and it'll come out in September of 2015.

Gosh, I love this writing journey!