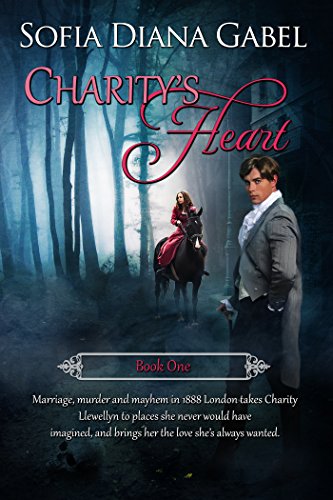 about this book: Nineteen year old Charity Llewelly doesn't think too much about marriage, until her father arranges a betrothal for her with Mathias Baptiste, an immoral wealthy man. In her horror, she runs away from home to the St. Katherine Docks where she bumps into a rude, but very handsome man. Upon returning home, she learns the man, Alexander Sutton, has been appointed by her father as her constant chaperone so she won't run off again. Charity instantly loathes Alexander and plans a way to get rid of him.

While on a visit to the country, Charity stays with her best friend, Lillian, and accidentally gets mixed up with an old murder, a cache of human bones and is placed in danger. She learns that Alexander isn't as bad as she'd first thought, but there's an awful secret hanging over him. As things heat up, not only is Charity in danger, but Alexander as well. She loves him, but their love might be cut short due to the secrets behind the murder.