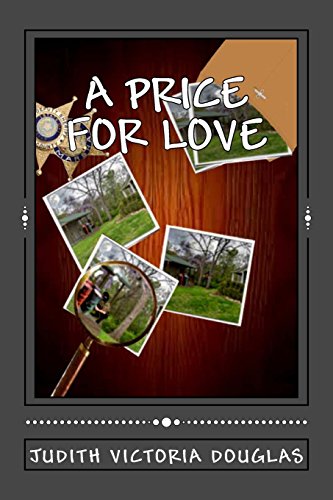 about this book: This is a powerful, suspense-filled tale of a young woman, a victim at seventeen of a cruel crime, and now hidden for her safety with a new identity.

As a writer now living in a country cottage, twenty-two year old Ariel still feels seventeen. She devises a risky plan to boost her writing. It's risky, but everything in Ariel's life is risky. She begins with Jerry, the eighteen year old who cuts her yard, as she initiates an experiment she hopes will help ease her perilously low funds and heal her wounds. She's trying to put herself back together for her plan of revenge. In the process she wonders if she will ever learn to trust love again. A puppy comes along, leading trouble her way. This brings a sheriff's deputy to her door. Danny appoints himself her guardian after being drawn to her and her apparent dangerous situation at this first meeting. When he returns to take the puppy she accompanies him, and he buys her lunch.

When she accepts an invitation to go dancing her inner clock is twisted, as her grandmother used to say. The same day she gets good news on the sale of her book, Murderous Intent, based on her horrible experience. Danny calls wishing to see her that evening, not able to wait until they go dancing. They have Chinese delivered to his townhouse and watch a movie, and get better acquainted.

Returning home they find a big mystery awaiting them. It reveals more about Ariel's fears. Danny realizes there is more to this beautiful young woman than he had imagined. He's instantly protective, promising to stay by her side. His protection becomes official, but a secret, giving him opportunity to learn more of her background. It breaks his heart, only wishing happiness for her, not the fear she experiences so profoundly.

Something happens to Ariel and Jerry after he discovers footprints on the rise behind her house. Jerry is located with the puppy's help, but Ariel has disappeared. Once found she's hospitalized as Danny shows his strengths. He and Jerry become acquainted. Danny learns more of Ariel's plight, her risky trysts and her love for another. He realizes he must allow her to come to terms with her demons in her own way, always there to protect her.

When Jerry and a friend are helping Ariel's neighbor put more lighting around Ariel's cottage when she hospitalized, the friend is abducted. Jerry calls Danny. Together they pursue, and one of them is wounded. Federal agents are called from the site of their continued surveillance to assist with the search. When Danny and Ariel return from his townhouse to pick up the puppy from her neighbor's they're pulled into the action happening around her cottage. Those injured are attended to, but Danny fears Ariel's cover will be compromised.

Ariel loses her desire for vengeance, catching up with herself in a way that almost makes her ill. After Danny cares for her they discover more about each other than either had anticipated, even when Ariel faces her need to make a choice between the two men she loves. The depth of every person's love is tested and revealed with confrontations between friends. Twelve years passes before an understanding can be appreciated, but for some there is a cost.