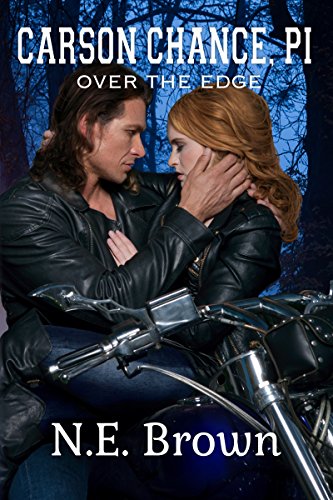 about this book: Having worked as a legal secretary in Dallas, Texas, in the 1960's, I worked part-time for a private investigator and a law professor. It was also a time when several of my class mates were in the service and were sent to fight in the Viet Nam war. Inspired by people I met during this era, I wanted to create a tale that would integrate some of their stories. All characters, places and events are fictional and are a product of the author's imagination.

The sixties were full of hippies, hitchhiking, drugs and war. From these memories, I created Carson Chance, a twenty-six year old Viet Nam War veteran who returns home to Dallas without a college degree and an injured leg. By chance, he is offered a position at a small private investigating company.

His life is interrupted when he is cruising on his motorcycle on the interstate and stops to pick up a ravishing brunette looking for a ride. Amy Warren is younger than she looks and tugs on Carson's heart string when he finds she has run a-way from home. He offers her a place to sleep for the night and encourages her to return home the next day.

Determined not to leave, she becomes his roommate and the sparks begin to fly. The arrangement works for a while until Carson decides to investigate her past, uncovering a mask of lies and deception. Wanted for murdering her step-father, he finds she is a fugitive from the law.

The story takes you on a roller coaster ride through several years of traumatic experiences, where two dysfunctional people try to survive during a dysfunctional time.

One reviewer writes: "Carson Chance P.I. is more than a run-of-the-mill romance story. This tension-filled book grabbed my interest as it portrayed two human souls struggling through problems that brought them to an understanding of the power of love."

Other books by N.E. Brown