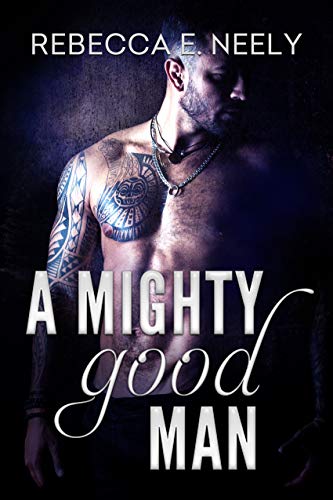 about this book: Her personal and professional life on the skids, writer 'Hank' Jerry is forced to return to Fiddler's Elbow, the small town she left behind, in the wake of a family emergency. There, she'll pinch hit, minding her aunt's restaurant, Mighty Ricky's, but only as long as she absolutely has to, and then it's back to New York City to do damage control.

Fresh out of prison, former gang leader Jack "Gent" Darcy is hell bent on walking away from his role as war counselor in national super gang, the Creds. But the gang has other ideas.

Injured and barely a step ahead of gang enforcers out for blood, Jack lands on Mighty Ricky's doorstep, out of time and out of options. Hank is terrified, but makes the split second decision to offer him refuge – in the walk-in cooler. By playing it cool, she's able to send the enforcers on their way – and she's ready to do the same with Jack. But he offers up his talent for cooking – a skill he picked up in prison – as barter, after what she did for him.

In short order, Jack makes her a proposition she can't refuse – write his exclusive, no holds barred story about life inside one of the most powerful gangs in the country. It's simple – she'll get her career groove back, and he'll bury the gang, then disappear – his version of freedom.

But sparks fly as she, a ballsy broad, and he, a strange combination of gentleman and hood, butt heads. It's not long before their romance is as hot as the copy she's writing, but they're both sitting on a powder keg of secrets ready to blow. With time running out and gang enforcers closing in, can the trust they've forged survive the ultimate test?

Raised on a down home blend of Johnny Cash, Jack London, Sherlock Holmes, the Steelers, and all things small town, Rebecca feels blessed to have grown up in a close knit, fun loving and artistic family. Her mother, a voracious reader and scratch cook, and her father, an entrepreneur, English teacher and lover of literature, taught Rebecca and her brother to work hard, aim for the stars, and live life.

With music, books and laughter as constant companions, she grew up working, cooking and eating in the family's restaurant business. A certified book and hoagie junkie, Rebecca thrives on live music, mysteries and the outdoors. She's a cheddar enthusiast, lover of cats, teddy bears, hot coffee, cold beer, thunderstorms, the blast of a train's whistle, the change of seasons, country roads, woodpeckers, spoon rings, cool office supplies, and the Food Network.

She's a sucker for a happy ending, and strives to write the kind of stories she loves to read—those featuring authentic, edgy and vulnerable characters, smack dab in the middle of action that explodes from page one.