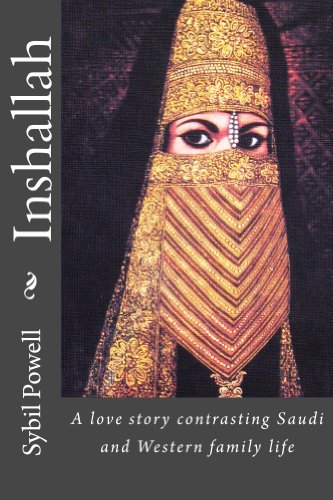 about this book: This is a romantic love story set in Saudi Arabia in the mid 1970s, it deals with the cultural and religious problems encountered by a western Christian man and a Saudi Muslim woman who fall in love in the impossible atmosphere of the Middle East. There are many twists and turns in the plot, the couple are eventually discovered by her brother who has to balance the demands of his religion and family against the welfare of his sister. Later her Father also finds out about the affair and demands the ultimate sacrifice of his son and daughter. But it is left in the last chapter for reader to decide their fate.

The book is based on the experiences of the author who lived in Saudi Arabia for ten years and was accepted into a local family which she became part of when her husband was away. This gave her an intimate knowledge of Muslim Saudi life which she used to authenticate the background on which the story is played out.