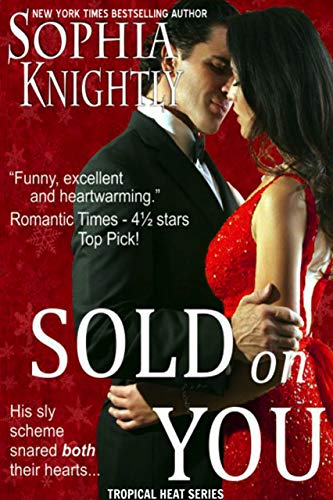 about this book: Confirmed Dr. Marcos Calderon recruits feisty social worker, Gabriela Morales, at a Christmas charity bachelorette auction to act as his faux fiancée. Marcos has been lying about being engaged to his matchmaking grandma who raised him. When grandma unexpectedly arrives from Buenos Aires over the Christmas holiday, Marcos picks Gabriela because she has the qualities that grandma would approve. Gabriela only agrees because her charity foundation for unwed teenage mothers desperately needs Marcos' generous pledge.

Marriage is the furthest thing from Marcos' mind because two of his close friends were ruined by divorce. He's been cynical about marriage ever since his parents divorced when he was little. Marcos doesn't involve Dr. Nicole Harrison, because they've been dating casually and he doesn't want her to get any ideas. He doesn't plan on falling for Gabriela and they spar from the start. But there's no denying his attraction to her, especially when he treats her to a make-over and she emerges stunningly beautiful. Once Gabriela's inner beauty is revealed and her spirited personality emerges, the commit-a-phobe rethinks his bachelorhood.

Video: Sold on You by Sophia Knightly