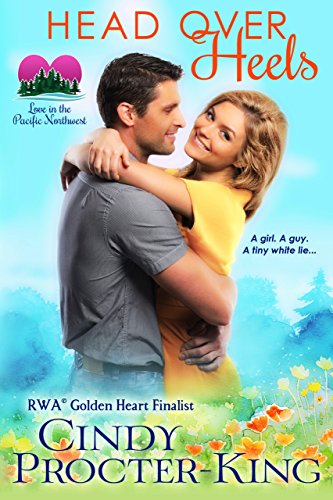 about this book: Head Over Heels, a romantic comedy set in Vancouver and Whistler, B.C., Canada, was originally published in 2002 and reissued by another publisher in 2005. The 2012 edition is an updated and revised Indie author's cut. If you love romantic comedy movies, this is the book for you!

The title, as I've discovered over the years, is a popular one. A lot of books with this title exist. When I decided to revise the book for Indie publication, I knew right away that I wanted to keep the title regardless of its popularity. My heroine, Magee, is an advertising account executive who tells a tiny white lie in order to nab the account of a successful chain of mountain bike stores. She doesn't expect Justin Kane, the owner of the chain, to call upon her to put her lie into action. Of course, she doesn't want him to know she lied, or she might lose his account. So she pretends she's an expert mountain biker and joins him at a couples mountain biking weekend at Whistler, where I happened to experience my first (and only) mountain biking adventures.

The mountain cabin in the story is based on a cabin where I stayed with my husband and a group of friends for a reunion weekend during which we went mountain biking. I was the least athletic of the bunch, and I was terrified, as is Magee in Head Over Heels. The scene in the book where she screams as she's barreling down the mountain? Based on my own experience. Another scene where she tumbles "head over heels" into a mud hole is loosely based on a friend's experience that same weekend.

She also falls "head over heels" for the hero, but then fears he might turn out to be a jerk (a heel) like her ex-boyfriend. So the title means something to me, and I'm glad I didn't change it.

Note: Magee's apartment is based on the apartment my husband and I first lived in in Vancouver, before we were married. A neighborhood cat would climb up on our kitchen dormer window, and I let him in one day. Thereafter, he visited us often. That cat is long dead by now, but "Monster" will live forever in my story. He's the "co-op cat" who visits Magee in Head Over Heels.

"This romantic comedy is filled with hijinks and sexual tension that makes for entertaining reading..." RT Book Reviews. 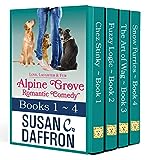