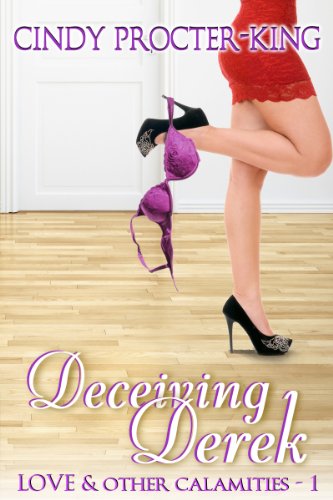 The Indie ebook edition of Deceiving Derek has been substantially revised and updated. The short story first appeared as a stand-alone on the website of the first publisher of my romantic comedy novel, Head Over Heels. At that time, I had no plans to turn Deceiving Derek into a series. However, in the summer of 2012, when I was revising and updating Head Over Heels for Indie publication, a friend asked if I would consider writing a romantic comedy short story series. I thought that was an excellent idea, and I wondered what I should write about. when it occurred to me that Deceiving Derek, already in my arsenal, offered a wealth of story and characterization opportunities.

I set about revising and updating the story and then realized that, in the first edition of the story, I hadn't quite gotten my facts straight regarding the hero, Derek McAllister's, career as a detective in a fictional Seattle suburb. A friend with a retired RCMP husband gave me tons of great advice, but I also reached out to a detective with the Edmonds police and an officer with the Lynwood police, both near Seattle. Each helped me immensely.

I had great fun revising and updating Deceiving Derek, and I can't wait to delve into the other characters' stories and meet their heroes.