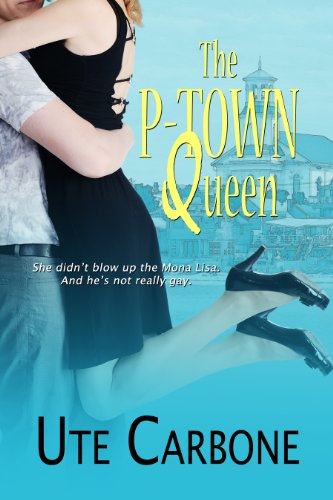 about this book: The P-Town Queen is a boat. A big purple pleasure cruiser that's loaned to the heroine Nikki by her brother's boyfriend so that she can do shark research. Nikki is long on heart on short on cash--the funding for her research has been cut off and she's desperate to get back into the good graces of the research comunity. She hires a research assistant off the street. The assistant, Marco, knows nothing about oceans except that fish live there and nothing about fish except how to make a nice bouillabaisse. He's got his own problems--mobster Fat Phil Legosa has put out a hit on him and so he's come to Provincetown Massachusetts using a fake identity and pretending to be gay. Unfortunately, he's fallen hard for Nikki and the whole gay thing is tough to pull off. And Nikki's fallen for him, too--though she knows better than to get involved with a gay man.

P-Town is a mess of trails, tribulations and things that go boom.