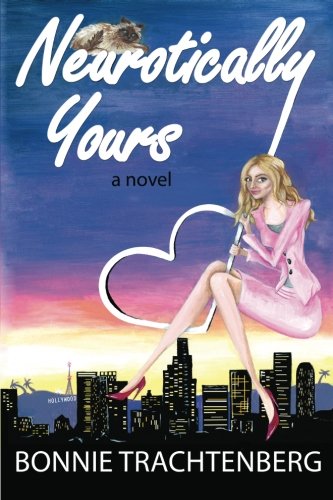 Book: Neurotically Yours - A Novel by Bonnie Trachtenberg

about this book: Neurotically Yours is a romantic comedy inspired by my two decades out on the single scene and many of the bizarre experiences I weathered.

It's the story of Dara Lynn Harrison, a cynical advice columnist and still-single thirty-seven-year-old, who decides to open up a dating service for the romantically challenged and chronically single set of Los Angeles. It's a place where members are encouraged to "let it all hang out, warts and all" and its prized feature is Rate-a-Mate, where members can write reviews of their dates to let others know what to expect.

The service is a smashing success--until a lawsuit is filed and a publicity stunt backfires, forcing Dara to join the ranks of her own clientele. But in the process of saving the business she cherishes, she'll find some surprising new doors are about to open on the romantic front!

• "Hilarious, moving, and completely entertaining, this is a novel you can devour in one bite…With Neurotically Yours, Ms. Trachtenberg has hit another home run!"—The Long Island Tribune