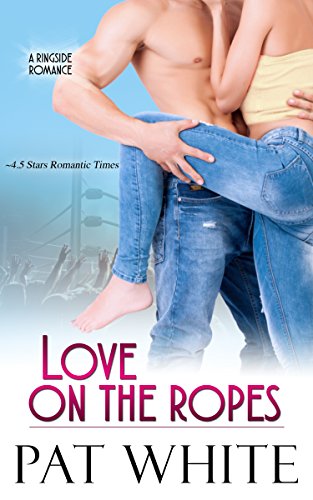 about this book: Take it all off Baby!
DEA Agent Jason McBain is ordered to go undercover as pro wrestler Jack the Stripper to shut down a steroid ring. What he considers a quick and easy assignment turns out to be neither when he can't perform a strip routine without strangling himself, and his one ally, feisty physical therapist Sandy Ryan, turns out to be his prime suspect. As frustration simmers, so does the attraction between Sandy and Jason. Will Sandy still be in Jason's corner when she discovers he's the man determined to take down the wrestling organization she considers her family?

• "Once again White brings to life the world of wrestling with a fast-paced story that has a delightful romance as well as an intriguing mystery." — RT Bookclub Magazine

Trivia: I became a pro wrestling fan when I was just a kid, and my grandma sat me in front of her black and white TV to watch Baron von Raschke (The Claw!) and Dick the Bruiser. Although I think I was more fascinated by watching my Gaga wave her fist at the television.

Other books by Pat White