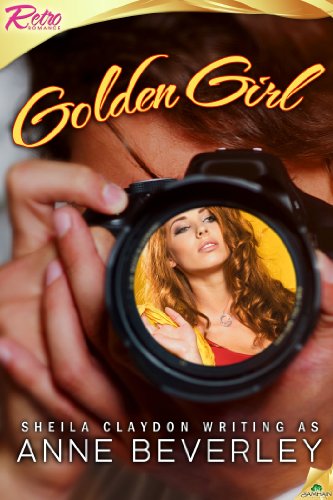 about this book: 'Golden Girl' is the first book I ever had published. I wrote it in the 1980s and was thrilled when Sapphire Romance published it. Now, thirty years later, Samhain Publishing has republished it under its Retro Romance label and I am thrilled all over again.

The story of Lisa Morgan, the 'golden girl' of the book, is very loosely based on an experience I had as a very young secretary. I worked for a pharmaceutical company that decided to branch out into cosmetics. When the marketing department needed a model to front their campaign I was chosen. My involvement was little more than a couple of photo shoots and a trip to London. It bore no resemblance to Lisa's experiences, thank goodness. What it did do, though, was give me the idea for a book and the rest is history. So, Lisa and 'Golden Girl' are both very special to me.

It has been great fun, too, to revisit the 1980s. Until I re-read the book prior to publication I had forgotten how much life has changed in the intervening years. 'Golden Girl' was before computers, cell phones, the Internet, facebook, twitter, social networking so Lisa's job as a secretary was very different from someone in a similar position today. What is also intriguing is the difference in personalities from the characters I write about today. Lisa started out far more naïve and cossetted than my modern heroines would ever be and the relationship between the sexes was just as surprising. It's a fun read for anyone wishing to discover or remember what life was like all those years ago.