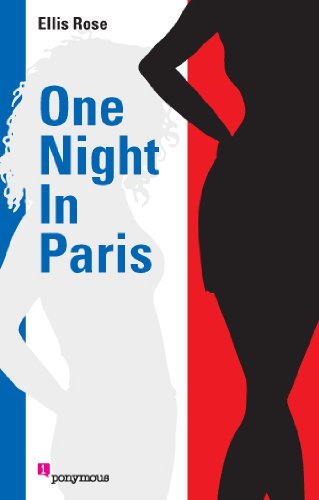 Book: One Night in Paris by Ellis Rose

about this book: For readers who are currently enjoying 50 Shades of Grey by EL James, you won't be disappointed by the first book in one of our latest releases, One Night in Paris, by Swansea, UK born writer, Ellis Rose.

As the title suggests, the book is set in Paris and follows the exploits of English girl Josie and her friends as they live life to the full in this exciting and exhilarating city. The novel is a 'no holds barred' exploration of their tangled and racy love lives. The first book is a trilogy and the first novel, One Night in Paris is a real page turner! The second book, Another Night in Paris has just been released.

"I've always loved writing, once at school I managed to get 11 out of 10 for one of my English essays! I studied modern languages at Cardiff University. There followed a year in London learning about business and commerce. Then I landed my first proper job in Paris as a bi-lingual secretary. I absolutely loved the work and after four years I moved back to London to pursue a career in public relations. This offered many opportunities for commercial writing.

I worked for a top Saatchi and Saatchi PR consultancy before moving to Bristol where I helped set up a new, independent PR agency. From there I moved to an in-house role for a leading housing association helping to establish a marketing and PR department.

"Eight years and two children later, I was head hunted by British Steel to lead the communications department of a new unit within the organisation. When the company became Corus, I was appointed Business Communications Manager for Europe. Sadly by that time I was divorced and had recently moved house with my daughters. During the house move I found my diary from my first year in Paris and this was the inspiration and catalyst for my first novel, One Night in Paris (title inspired by the 1970's 10CC song!)

So with my diary (all written in French) and my trusty laptop, I set to work on my first novel. I travelled an awful lot for PR work at that time, spending long lonely evenings in anonymous hotels all over Europe. I used the opportunity to write 'One Night in Paris' inspired by my diary. Although the novel is 100% fiction, the characters in the book are based on many of the real people that I met in Paris. This was an amazingly rich and rewarding period in my life and career and there was a huge amount of material to draw upon for inspiration...