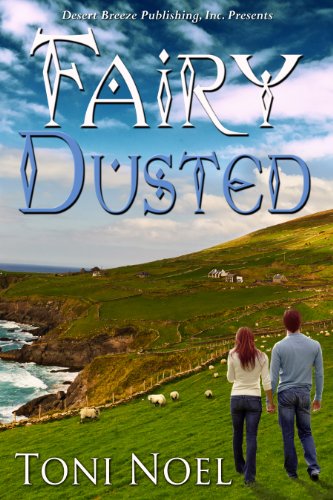 about this book: One night the network news had a story about the town of Ringaskiddy, Ireland, where the residents claimed older women were getting pregnant because one of the ingredients for Viagra, which is made there, was being released from smoke stacks and floating all over their town, causing an increase the amorous actions of the middle aged men. The residents called it being 'fairy dusted'.

I decided to write a romance novel about it. In Fairy Dusted, a man who grew up in Ireland but now lives in San Francisco with his wife, returns to Ringaskiddy with her in hopes of taking her mind off having a baby. Her inability to conceive is wreaking havoc on their marriage and their lives. Jill feels she has failed Drew as a wife since she hasn't added another O'Malley name to his family tree. Events of his childhood permanent scarred Drew and he is afraid to father a child.

Housed with Drew's big family, all under the same roof, causes its own set of problems and after two week both Drew and Jill are delighted to move on to Killarney for a while and research Drew's roots. The hadn't planned on sharing their next abode with a family ghost, but that is exactly what happens, and Jill even befriends the redhead.

Other books by Toni Noel