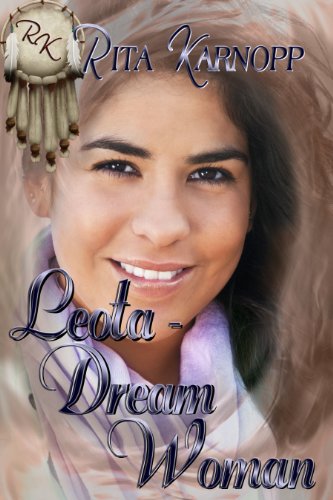 about this book: When I was doing research for another book, I ran across the description of the scene for the Treaty of 1855. What I did know was that the 1849 gold strike in California changed the face of western North American. In 1840, one thousand Americans crossed the Plains and that was followed by ten thousand in 1849. The US government wanted to ensure safe passage for the migrants, so they commissioned Isaac Stephens to negotiate a peace treaty with all of the Plains First Nations. The Blackfeet call this treaty the Lame Bull Treaty.

Leota- Dream Woman is the story of a mystical Blackfeet woman who dreams of the Treaty of 1855. She sees her chief, Lame Bull, signing the treaty that would result with the loss of their land forever. It is her quest to make sure this treaty is not signed.

Lawyer Marsh Pepperhorn comes west to start his law practice in the wild west and join his twin brother. He arrives to find bushwackers have murdered everyone, except his nephew. Together they chase after the killers into the Mountains of the Bear's Paw, Montana Territory. It is in this quest that Marsh saves Leota from the Crow and she soon proves valuable.

Both in search of their own justice, together they bridge the distance between the white world and the Indian. In a turbulent time of clashing values, traditions, languages, and cultures, Leota-Dream Woman finds a way to make it all believable.

• "...Karnopp writes with sensitivity and hope and a real understanding of what happened. Some of her writing is lyrical in its beauty and it touches the soul." — Anne, REDROSESFOR AUTHORS.REVIEWS