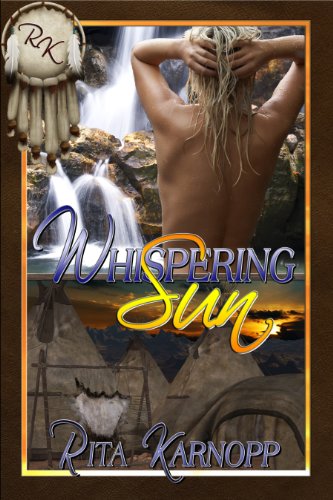 about this book: There aren't too many people writing about the Blackfoot, yet they were one of the most feared tribes on the plains. They had strong traditions and values that were given to them by the Creator and other Spirit Beings. Then whiskey and disease began to destroy them. By 1880 the bison disappeared and a strong, independent, and powerful people had to rely on government rations for survival.

It has been a long struggle to maintain their values, principles, and beliefs in the face of relentless change. The Blackfeet have survived and continue to keep their traditions and spirit alive today.

Whispering Sun takes you to the Blackfeet in 1863. Blackfeet warrior, Two Shadows, struggles internally; fighting to accept his half-white blood. Externally he struggles to survive in a world that rejects his half-Indian blood.

Sarah Bryson faces mean-spirited cruelty at the fort as well as in the Blackfeet village. But it is the kindness and honesty the Indians show her that touches her heart. She quickly learns there are good and bad people in both societies. At the end she must decide; should she follow her heart and Two Shadows or should she remain at the fort where she belongs?