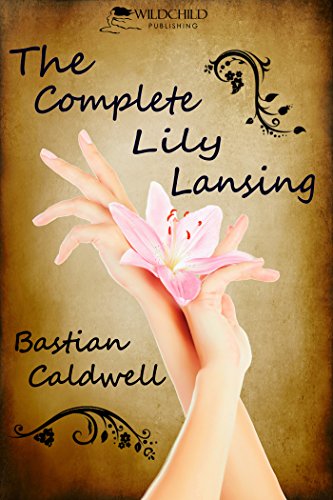 about this book: Tea With Tee

The city of Whitman had recently made the news for having one of the highest murder rates—beating out even Detroit and Compton. The idea made Lily shiver. But being in Whitman didn't feel any different--same old streets, same brownstones, and same diner. Even the waitress-dressed in the same lilac shift who had served them eggs with their hangovers- hadn't changed.

Lily watched her set a pot of tea and two mugs on the table, then hurry off.

"Why do you still live in Whitman?" Lily asked Tee.
"My family's here. My mother lives here."
"But you can move. With what you make, you can afford to buy everyone in your family a house. In a safe neighborhood."
"I'm not quite that well off—yet. But I see your point." Tee stirred sugar into his tea. "There's just something about Whitman that gets to me. It doesn't feel empty like those developments across the highway.

Lily nodded. She knew exactly what he meant. The beautiful austerity of her five bedroom home didn't have the same depth of feelings—of other people's histories layered within its walls, as the rundown brownstone she had lived in at college did.

The birth of her son Ran had filled the home with an invisible river of love that flowed through its rooms, and his nursery hummed with the sweet chatter of stuffed animals, and dreams come true. Randy and Lily had even filled their own bedroom with a much different, yet just as important, collection of feelings.

But at night as she lay in her bed, she heard the sirens call of the city inviting her back, promising her something she couldn't find within her own cream and red walls.

Lily sipped her tea. "I think we're both in agreement."
Tee put down his mug and picked up his keys. "I'll drive."
"It's all about balance." Lily struggled to get out of the booth.
"I know you meant spiritual balance." Tee laughed. "But you sure are big. And clumsy."

"Its not my fault! I have this bossy doctor who monitors my nutrition and makes me take vitamins the size of cough drops. This baby's gonna weigh at least twelve pounds."

"Then you'll have another healthy baby to thank me for." Tee stepped in front of her, blocking her way down the aisle. A strange intensity glittered in his eyes.

"Oh no. You're not talking me out of this." Lily tried to push past him.
"Wait! I just want to tell you something."
She crossed her arms over her chest. "What?"
"Shanice thinks it's bad luck to say anything until she's further along. But I can't hold it in. She's pregnant with triplets!"

Lily laughed. "I see you still go from having nothing to the top of the line." She threw her arms around his neck and hugged him as best she could, her round stomach getting in the way.

"You should see the stroller I picked out. It costs almost a thousand dollars and looks like a bobsled." His smile faded and a momentary look of doubt crossed his face. "It's still hard to believe that nothing's out of my reach."

Lily nodded. "It's like walking through a dream."
"That it is. Now I mean it, don't tell Shanice."
"I won't. And you don't tell Randy."
"He doesn't know?"
Lily shook her head. "I told Erica and she spit kittens. So I think I'll wait until it's a done deal and then surprise him."

They made their way out of the diner to a shiny black BMW. Tee helped her in.

"Nobody thinks you're a drug dealer in this car?" Lily asked when they were in motion.
"You watch too many movies."

They parked in front of Bronwyn, the brownstone Lily shared with four roommates while she was in college. Directly across the street was Amabel, the brownstone Lily spent many lonely nights staring at, lost in her dreams. It was here, inside Amabel's creamy sandstone walls, where she would write the novel that had been growing inside of her.

Lily felt the pull of Amabel's allure as she studied the ornate iron railings, leading up steps to a door so imposing she was sure she would tingle with awe every time she walked through it.

She pictured herself making a pot of tea in the sunlit kitchen, Ran coloring at the table, her new baby close by in the bassinet. Even Catherine was there, padding down the back steps in a white nightgown, her tiny bare feet never cold.

One of the rooms on the third floor would make a great office. She would look up often from her manuscript to admire the city, its soft gray streets glistening with finely crushed glass, its impressive red brick buildings worn to pink.

Amabel was a palace; a magical castle dropped down from a dream into the city of Whitman's waiting arms. She hoped Randy would feel it, too.

"It needs a lot of work. The windows look ready to fall into the street. And for this price, the inside's probably a disaster," Tee said.

But Lily didn't hear him. She was too busy thinking about the present she would give Randy when she showed him the house—a box filled with dozens and dozens of fine point gold pens.

What a wonderful read

In The Complete Lily Lansing, Bastian Caldwell makes masterful use of a flashback plot arc reminiscent of The Notebook to treat the reader to an emotional journey of self discovery and fulfillment. The intimate relationships that develop through the struggles that Lily endures during her formative college years reveal several aspects of her present day life, but it's the shocking revelation that occurs post-flashback that sets this story apart. In an instant the reader is forced to reassess everything they thought they knew about some of the central characters, and gains such clarity into the past events that it's truly an "Oh my God!" moment. You're so emotionally invested by then that Lily's disclosure hits you as hard as it does her friends. Bastian's strong narrative voice and believable dialogue make the pages fly by, and paint rich scenes and characters that are easy to visualize. After the first 40 pages I couldn't put it down and I was richly rewarded in the end. Bastian Caldwell has earned a spot on my must read author list. [by CM Michaels]