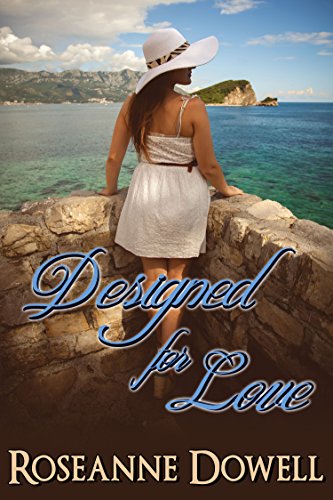 about this book: Fate, kismet, or whatever you want to call it, it turned Interior Designer, Wendy Seidel's world upside down. From a chance meeting at the airport to Florida and back to Ohio, she couldn't believe the strange circumstances that throw her together with Bill Johnson, after he literally knocked her off her feet at the airport

Bill would never forget his first meeting with Wendy. Yes, he literally knocked her off her feet in the airport, accidentally on purpose. Oh, he didn't mean to knock her over, that was an accident. He just meant to bump into her. But she darned near stopped and wham, he blasted into her.

From the minute he saw her, he couldn't keep his eyes off of her. That red hair and those green eyes mesmerized him. He never went in much for red heads, too hot-tempered. But this chick hypnotized him or something.

So, there they were both hurrying to catch their plane and bam, he knocked her over. Talk about a temper. Phew, she could freeze a glass of water with that look and cut you to the quick with a few words.

Okay, he had to admit, getting knocked down would have put him in bad temper too, but gees, he did apologize. Not that it mattered, she was off and running lickety split. Yep, hell-bent on her mission. So much for meeting her.

But…as luck would have it, there she was sitting at his departing gate. Well, heck, how could he resist talking to her? Not that she was much for talking. Had her nose stuck in a book and wasn't about to take it out. At least not until he kept up his end of the conversation, which she wasn't responding to. He was annoying her more than anything.

Before he knew it, they made an announcement that their flight had been cancelled. So much for spending three hours trying to get to know her. At least that was his plan. He was going to con the person sitting next to her out of their seat. Instead, he had to make arrangements to stay in a hotel. Hey, maybe he'd get lucky and she'd do the same.

If you want to know what happened, you'll have to read Designed for Love available at Amazon.

Other books by Roseanne Dowell (more)