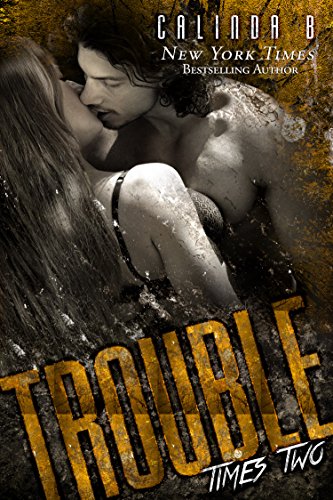 about this book: Bad boy Jace Savage has a choice to make. His past continues to haunt him, eliciting his habitual response - either fight or run. Neither is acceptable to his new girlfriend, Zoé Dubois, the love of his life and the woman he wants to spend the rest of his life with. In the conclusion of the Deuce is Wilder Trouble series: Trouble Times Two, Jace struggles with transformation. At one point, he's got his feet on the ground and his priorities straight, in the next he's making stupid, knee-jerk moves. The outcome is unclear and a child's life - his sister's unwanted toddler - is at stake. Her paternal grandparents want her. Her father doesn't. Her mother, Jace's twin sister, is too wrapped up in drugs to care. Jace would prefer not to raise a child but he's willing to do it - it's the right thing. And that's only where the story begins.

A friend of mine inspired this story when he told me of his family's travails in watching over a young child while the court system decided who would ultimately care for her. They kept her, fed her, cared for her and loved her while her drug addicted parents retained parental rights. I became fascinated with the story and consulted with a therapist to flesh out the story in Troubled Times Two. If a parent doesn't want a child but is unwilling to relenquish rights, what happens? Who trumps whom in a custody battle? Does the felon father trump the drug addicted mother? Does the sleazy billionaire grandfather trump the uncle's desire to do the right thing? The more I researched, the less clear the outcome became.

On top of this, I aimed to present a realistic picture of Jace's transformation. When raised with abuse, as my character experienced, the mind and body can become mired in bad habits and ways of dealing with the world. It takes an immense force to wrench him free of his past. In Trouble Times Two, this immense force is love. I've seen it happen and experienced it. While love might not be all you need, it might provide the impetus to change for good, altering your life path in ways you never dreamed. I hope you enjoy Trouble Times Two.

Trouble with a capital T

Jace Savage continues to find trouble in this second book of Deuce is Wilder. While in the first book you find out all about Jace and his sister's difficult past, this story continues to unravel the consequences of their prior actions. Calinda B pulls at your heart strings through the whole book. The characters pull you back into their story. You worry about them, and want the best for them, and it seems at every turn there is a twist that is so unexpected but perfectly plausible in the world we live in today.

Zoe has her hands full trying to figure out how to help and yet have her own life and dreams too. Jace is going to have to learn to let go or he'll lose her. Trust hangs in the balance, will he be able to trust her to come to him on her own. His past taints his vision. Both characters grow so much in this book. It's amazing how their journey leads them to the point where hope is hanging on by a thread, willing to comfort each other.

The ending is outstanding... enough said. [by kph]

Edge of My Seat

Trouble Times Two is the continuation of the story of Jace and Zoe. Jace is still a trouble magnet and and has major trust issues. Zoe works overtime to gain his trust while they both continue to care for Jace's niece, Marni. Trouble gets worse when Jace's twin sister, her ex-boyfriend and her ex's father get involved. Trouble Times Two had me on the edge of my seat, wanting to know what comes next. [by Becki Wyer]