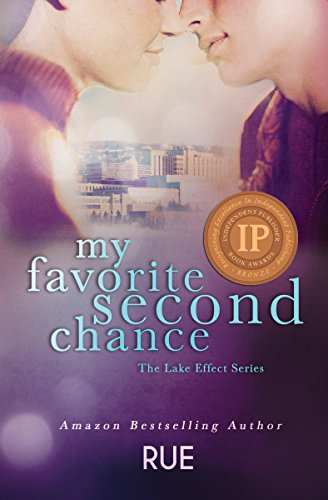 about this book: My fiction focuses on character integration. My titles include LGBTQ characters coexisting with heterosexual characters, in their fictional world. As a writer I choose stories that push the boundaries of real-world social groups. I hope that readers will enjoy discovering new stories that may more closely reflect their personal world.

On March 11, 2015 I will be releasing Book 2 in The Lake Effect Series. This volume continues to follow the Hutchinson sisters on their misadventures. I am so excited to bring a couple wonderful new characters to readers: United States Marine Corps P.O.W. Steven Hays—a man from Gwenn's past; and Elena De Leon—a woman who may ruin Gwenn's future.

Rachel, the younger sister and co-main character, is back together with her rock-star girlfriend, Annie. Rachel's storyline takes some real twists and it was fun to explore the continued effects of her mother's severe disapproval of her lesbian daughter.

I've always wanted to delve into the depths of a strong sibling relationship, between characters, in the face of an aggressive (maybe a bit cruel) parent. This trilogy has been unfolding for several years. Finally, it's getting out of my head.

I think my favorite character would have to be, Todd Warner (Daniel Gregory's assistant). I love his extreme efficiency and his blatant (but always delivered with manners) sarcasm. He is always on top of—if not one step ahead of—every situation. He doesn't get flustered—he gets shit done. I want to BE him.