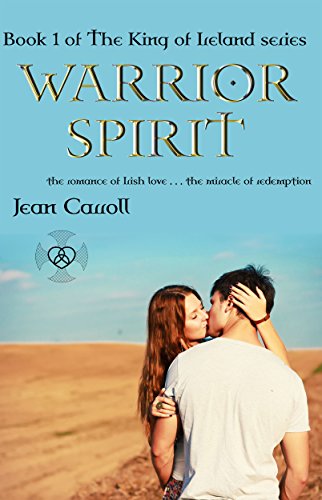 about this book: Warrior Spirit is actually about me and how I feel about horses and how passionate I've always been about them. The main character is male but he's me. He's an ex-steeplechase jockey who was almost killed in a racing accident. He's devastated that his life's obsession is gone. He's furious and wishes he had been killed instead of just maimed enough that he can't race anymore.

This guy, his name is Blackie O'Brien, is the heir of the last High King of Ireland but he's not interested. He only wants to race. He tries to find some way to make a living with horses while his family are trying to get him to be the Irish leader they know he can be. During all his turmoil, he meets the beautiful Meg.

He falls hard and so does she. She helps him find what he wants to do for a career and while he succeeds, he also satisfies his families dream of his leadership in Ireland.

This is Book 1 of The King of Ireland series.