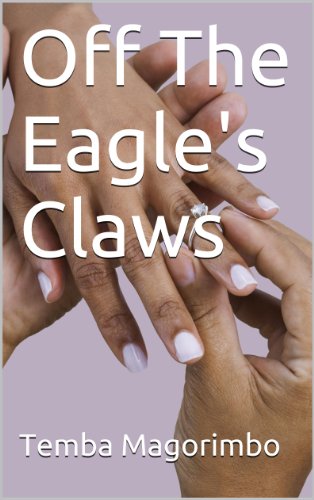 Book: Off The Eagle's Claws by Temba Magorimbo

about this book: The story of one white man’s fight against the odds from the days of Rhodesia to independence in an African ruled dimension. He fought and survived the Rhodesian bush war from the losing end as a Caucasian soldier. His friend and confidante is an aircraft pilot dodging the anti aircraft bullets and rockets launched by the nationalist guerrillas fighting a war against the might of Rhodesia. They are forced to fight a rear guard action as the nationalist gain a foothold and ground against the dwindling ranks of the Rhodesian professional soldier. Besides the war, after peace, Mark Rainger takes to the bush for solace retreating from the media spotlight ferrying truckloads of tourists and walking them into lion territory. That is until he meets a woman by the name of Rosemary, unfortunately she is married. His attempt at love fails as he ends up being blackmailed for his affairs in the war and with Rosemary. How does a bachelor in his late 30’s survive in the new black ruled country where every upstart politician takes a swipe at the ex-Rhodesians?