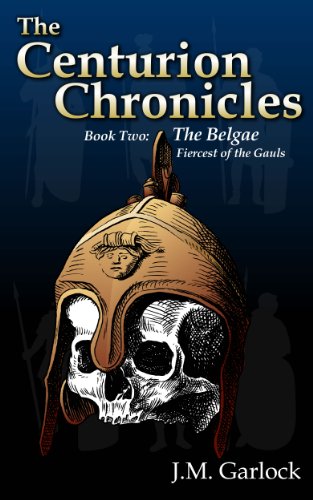 about this book: The year is 57 BC. The place is Gaul. Julius Caesar prepares his legions for a summer campaign aginst the tribes that inhabit Germany & Belgium. Centurion Sextius Baculus of the 10th Legion accompanied by the scout Tribune Lutatius Livia provide Caesar with information as to enemy strength & positions. Caesar & his army march north & conquer Noviodunum, Bratuspantium & Samarobriva in a series of battles & sieges. The Belgae form a confederation & almost annihilate the Roman army at the battle of the Sambre River. At book's end the Centurion is gravely wounded & clings to life.

• Did you do research for your book?
The research was extensive & involved many different sources.

• How long did it take to write it?
It took approximately 6 months to write the book.

• Why did you choose this cover?
My webmaster designed the cover.