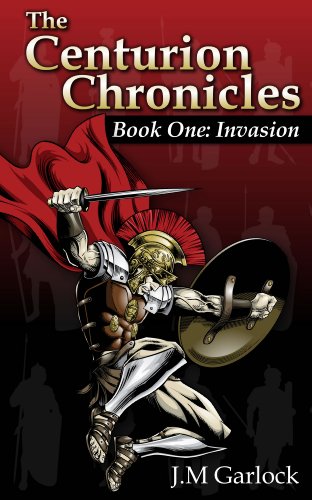 about this book: The book is about the first year of Caesar's invasion of Gaul in 58 BC. The story is told through the eyes of Centurion Sextius Baculus who was a Centurion in Caesar's 10th Legion. The Centurion is in retirement and he recounts his experiences. The other main characters are the Centurion's assistant, Julius Caesar and Caesar's aide-de-camp. There are assorted enemies, all of whom hope to repel the Roman invasion of their homelands. The book took six months to write and I wrote it because I wanted to be a Centurion. The research was extensive. I had to learn and be conversant in weaponry, tactics as they applied to different situations, geography and military history. It was exhausting.

I wanted to tell the story from two viewpoints. One viewpoint was Caesar, the Commander-in-Chief and the other was from the equivelent of a Sargeant. That way I could show the human element involved in dramatic events.