about this book: It is said that music is one of the most powerful forces on Earth. But imagine a world where it transcends that power, and becomes a supernatural phenomenon harnessed only by a select group of musicians possessing mystical instruments. New teen novel "Float" by Josiah Upton explores this unique world of Paranormal Music, and the adventures of an average teenage boy thrown in the middle of it.

The story follows Clyde Smitherson, your everyday teenage rocker playing guitar for his high school band. Clyde has no parents, no girlfriend, and no friends, aside from his bossy lead singer Nathan and two fellow submissive band mates. The only joy in life comes from the music he plays. So it's only that more crushing when Nathan kicks him out and confiscates the guitar he's been borrowing.

But just when he thinks his rocking days are over, his elderly mentor gives him an unusual custom guitar - one that allows the player to defy gravity - and his mind is blown. And he soon discovers his new guitar isn't the only instrument capable of the impossible. An electric guitar enabling superhuman speed, a seven-string that can increase intelligence and an antique acoustic with the power to manipulate the deepest of human desires are just a few of the obstacles Clyde will face on his quest for revenge, musical glory and the girl of his dreams.

• Message from the author
My inspiration for this book came from my years of casual guitar playing and rock band involvement, all beginning in middle school and high school. With Float I was able to combine two things that I love - music and fantasy - in a medium that I've always enjoyed, which is creative writing. I love these characters, they feel like they are my friends and have a mind of their own. I'd say they wrote more than half of this story for me. And their journey doesn't end here, as I plan to have them live on in a proposed epic trilogy. After reading this book, I'm sure my readers will feel the same about and Clyde and the gang as I do. 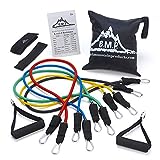