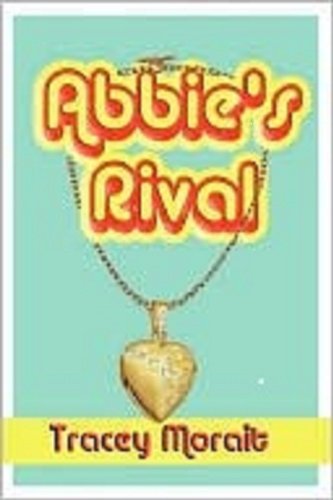 about this book: Abbie Palmer is a typical fourteen-year-old girl from Liverpool who is into fashion and boys, but she considers herself to be plain and a bit on the fat side. She's self-conscious about wearing glasses and thinks boys will never give her a second glance. Her best friend, Shireen Shah, is a lot slimmer than Abbie, but doesn't really care how she looks. When Abbie is knocked down by a bike in the school playground ridden by student French teacher, Richard – who happens to be the son of Abbie's stern French teacher, Mrs Farnham – she falls for him and is desperate for him to notice her.

Abbie has a French pen pal called Colette, whom she emails regularly: she refers to Colette as her 'e-mate'. Shireen is a bit jealous of their friendship and is fed up with Abbie forever going on about her and showing her the photos Colette sends to her. Colette is sixteen, glamorous, rich and wears the latest Paris fashions. Shireen bets Colette doesn't really look like that and this always causes an argument between her and Abbie. Not only that, Shireen teases Abbie because she's invented a fictitious life for herself to put herself on the same level as Colette, making herself out to be as rich as Colette supposedly is. Then, one day, Colette emails Abbie and tells her she wants to visit Liverpool in the summer holidays and meet her. Abbie panics, knowing that in reality her family background can't compete with Colette's. Whereas Colette lives in a swish French mansion, Abbie lives in a terraced house in Liverpool with her large family of her mum, stepdad, brothers and sisters and detested stepsister, Tanya. She tries to put Colette off, but Colette is undeterred.

When Colette lands unexpectedly on Abbie's doorstep, she is accompanied by her older brother, Antoine, who has come over to the UK on business. Antoine is brusque, unfriendly and refuses to speak English, although he is able to do so. Colette is everything she appears to be in her photos: chic and beautiful. She gives Abbie a gold locket as a meeting gift, but isn't impressed with Abbie's home life or family, especially Tanya, who is also jealous of her. The visit doesn't go very well. Colette and Shireen don't get on, Tanya causes no end of trouble, and Abbie starts to realise Colette isn't all she hoped her to be, especially when Colette attracts the attention of Richard. Suddenly, from being the ideal vision of perfection and everything Abbie aspires to be, Colette is a spoilt, indulgent brat and also more importantly, her love rival for Richard's affections!

I was inspired to write this book for 9-12 year-olds because it is loosely based on a real-life experience I had with a pen pal from Sweden many years ago. We shared an interest in Liverpool Football Club, but when we met we didn't like one another very much and so it turned out to be a great disappointment (although there was no Richard involved!) In order to accommodate my younger characters, I brought in school, French classes, and a heroine who suffers what we all suffer in that sensitive young teenage period of our lives – as I did, because Abbie is partly based on myself: I used to wear those glasses! - a self-consciousness, self-despairing and self-discriminating sense of worthlessness (although I know now that was not really the case). I wanted to convey to my readers that it doesn't matter who you are or what you look like, some idols of 'perfection' can be false: readers will see this at the end of the book when Abbie's destiny goes far beyond her narrow world of Colette and Richard.