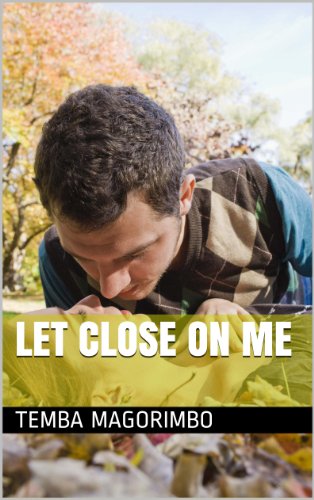 Book: Let Close On Me by Temba Magorimbo

about this book: How do you like to be growing up in Rhodesia in the thick of racial discrimination when the black class has started taking up Russian, Chinese and other communist made weapons? Then watch as your father runs through rural hamlets searching for an illusive communist trained guerilla army filtering through Rhodesia's porous borders with Mozambique to the east, Zambia to the north and Botswana to the west. No amount of cross border air strikes or foot patrols can stop the incursion. Your father counts the dead and missing from his troop. You watch the tired and defeated look on his face. You then hear that your dad's vehicle hit a landmine. Your father and his cadres rushed out only to fall onto booby trapped grounds. He lost his traction when a limpet mine went off. Two years after the war ends your father dies of his war injuries by which time the guerillas are in power. There is infighting, one against the other in Matebeleland provinces and Midlands too. You have graduated as a journalist, you speak both local languages well and whose side will you report on when the military moves to crush the armed rebellion? When you fall from grace, will you return to be the North Star you had become as a no holds barred investigative journalist. Your weakness, beer and women whom you throw around like cheese cakes. What shall your quarter be?