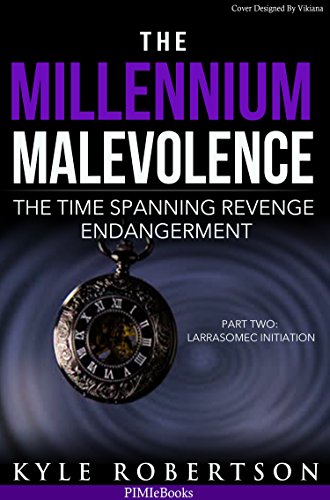 about this book: Part two continuation:

As they traveled to the Larnach Hostel ruin, Adama had to learn Larrasomec from her trainers, the one problem with the training was she didn't believe. Revyn sent her to the elder spiritual soothsayer Jelani, and he made her believe with her own logical since. The trio was almost ready for the Haunted Moors to graduate to a complete Ktaldeik Protector.

Adama, Nanjiri, and Alexis trained very hard, and went to the Haunted Moors to graduate, but Revyn didn't check the lunar schedule, and the trio with their trainers happened upon Queen Alby, and her werewolves boosting under the Blood Moon.

The trainers went first to try to make peace with the psychotic werewolves, and left Adama, and her friends for a failsafe.

Since Queen Alby was still bitter over Revyn's blatant betrayal which cause her first werewolves' near genocide, she ordered an attack on the trainers. One of the trainers, Dagmara, teleported the trainees there to sleep the werewolves, but Alexis was killed in the melee.

They slept the rest of the beasts along with the queen which was the breaking of a treaty. Adama was destroyed by Alexis' death, but since she was full Ktaldeik now, she could reincarnate. She brought Alexis back, and everyone left back to Dunedin.

Queen Alby woke up, knew it was a treaty violation, and vowed death on Revyn when her werewolves awakened.