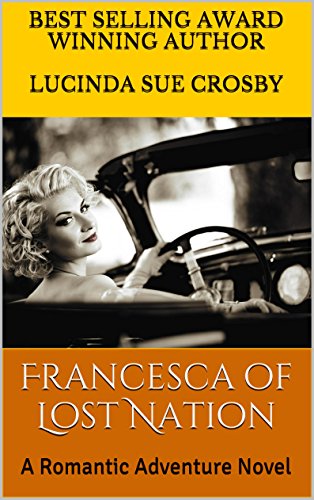 about this book: The Real Life Inspiration of my award-winning novel, "Francesca of Lost Nation" was my grandmother, Frances Ella Pittstick Mendenhall. The most intimate and powerful moment one human being will ever share with a loved one is the final moment on this earth. My grandmother told me this many times during our years as unconditionally loving friends. It was certainly proved true beyond words the day she died, with me right by her side, in 1986.

Frances Mendenhall, my mother's mother, was born in Sac City, Iowa in 1893. Though it was a small town, she became a remarkably full and fulfilled personage in every way that counts. In the late 1920s, she moved with her young family to Pasadena, California so that her husband could wrestle in on the ground floor of the automobile business.

I can't remember a time before "Francesca" – my more regal and romantic name for her. She was always both the foundational bedrock and lofty wings of my character development. I certainly never met a more fascinating person – which is saying something when you consider her competition … for I've stumbled onto an array of "brushes with greatness" throughout my life that included super novas like Cary Grant, Arnold Palmer, Jacqueline Onassis, Pele, Billy Jean King, major and minor royalty, Frank Sinatra and Hall of Famers from every money sport and almost every music genre.

My grandmother was a gifted storyteller. Beyond that, her list of accomplishments could describe a daring, intelligent, unconventional and thoroughly charming woman of 2012, much less someone born almost 120 years ago. She appreciated the value of sound relationships with intelligent people and embraced the future in a way Dr. Maya Angelou might applaud. She began practicing yoga in the late 1950s before most Americans had even heard the word. She adored the whimsical landlords she and husband J. R. found behind many of the warmly welcoming homes they rented during the 70 years of their marriage. Most remarkably, she had a total disregard of creed and color despite the fact that her father and uncle were big muckety-mucks in the Iowa KKK.

Looking back, the greatest treasure of my life was to reside near my grandparents for most of my early and young adult life. Their investment in me of time and energy, their quietly unwavering confidence in my potential and their obvious delight every and any time they encountered me was the best vitamin tonic imaginable.

Like the real woman, the title character in the novel was a pro-caliber poker player, a county fair car racer who never lost and the first woman in her county that attended college. The book recounts how she and best friend/granddaughter, Sarah, share a lifetime of adventure over one summer circa 1947 in small town Iowa.

The friendship that spans generations in the book mimics our real connection but the many true-to-life exploits and relationships I included in the text have been augmented and added to. Recently, "Francesca of Lost Nation" became an Amazon Kindle #1 best seller in two categories – Parenting and Families and Relationships. My grandmother would have been thrilled to know her life is still inspiring others as it inspired mine!

A 1940s-era coming of age story, which illustrates the powerful influence a positive role model can have on a child, "Francesca of Lost Nation" is a delightful and charming read. Sarah, the precocious young lady in this novel, idolizes her grandmother, Francesca. When Sarah's father wins a trip to Paris for two, she is left to spend the summer with her grandmother. Along the way: Francesca falls in love; Francesca and Sarah accidentally capture a criminal, Sarah acquires a feisty dog named Babe--and there is a memorable scene that rivals the saddest bits of "Old Yeller."

Three of my favorite lines from the novel were these:

-- Francesca advises her granddaughter: "Men are strange, Sarah, Sweetchild.They are magnificent, confused and utterly driven. Respect them when you can.If they can feel that, their depths will open up to you."

-- Sarah overhears her grandmother, Francesca, talking to her sister and Sarah thinks: I could actually hear the sparkle between the two that comes when women share intimacies.

-- It would be a spoiler to reveal who said this to whom, but it's one of the saddest--and truest -- statements on the face of God's earth ". . . Death is the most powerful and intimate experience one person can share with another."

[Bonnie Bartel Latino is the co-author (with Bob Vale) of "Your Gift to Me," which won a 2012 Gold Medal Award from the Military Writers Society of America] 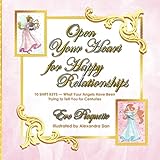