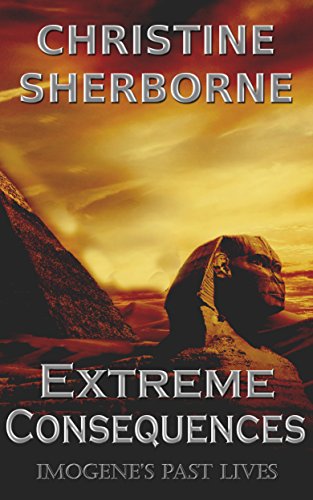 about this book: This second book in the Imogene Series delves into the world of reincarnation. Psychiatrist Doctor Ernest Schneider, who has a passion for research in this area, regresses Imogene. As she joins with Osahar an ancient Egyptian priest, they release untold terror throughout the world.

The Council of Elders has begged world leaders to change their ways. They've called for unilateral disarmament, and for wealth to be distributed to the poor and disenfranchised.

The Phineas Priesthood is hot on her trail only to find she has disappeared. Holed up on a remote Scottish estate they plan their next move.

Jacques de Salle head of The Troth Society, an off-shoot of the Bilderberg group, uses her for his nefarious ends.

Detective Jim McCullage is preoccupied helping his wife, fighting terminal cancer. While hunting for the priesthood members, he's also hoping to retrieve Bryony, the missing guardian of Avebury Circle, in the hope of securing a healing for his wife.

Frank Carrington, the British Prime Minister, tries to convince the United Nations to comply with the Council of Elders edicts. Will they agree to the councils demands before destruction is released on to mankind? Can he find Imogene in time to communicate with them, to beg for more time?

This fast-paced thriller takes the reader deeper into the mysteries of spiritual worlds. What makes Imogene so extraordinary?

Read 'Imogene's Message – A Thriller of Extreme Prejudice' first. You will stay up all night desperate to find out what happens. Then you'll be shocked!

Grab both copies on Amazon now!